Out for Change: The future of LGBT rights

On November 28, 2012, the Ford Foundation brought together LGBT leaders and allies, artists, journalists, technologists, policymakers and funders to explore the next opportunities for progress for the LGBT movement, how social justice can be inclusive of sexual orientation and gender identity, and how to engage broad communities in securing rights for LGBT people.

Since 2019, Ford has made all of our new multimedia fully accessible via Able Player, which allows users to access captions, audio descriptions, and interactive and accessible transcripts as well as to vary the playback speed. This video was created prior to our commitment.

Securing equality for lesbian, gay, bisexual and transgender people is the civil and human rights cause of our generation. On Nov. 28, the Ford Foundation's Out for Change event presents some unique perspectives from the LGBT community. Individuals, couples and families from across the United States share their stories of struggle, inclusion and hope. Scroll down for more videos from this event. 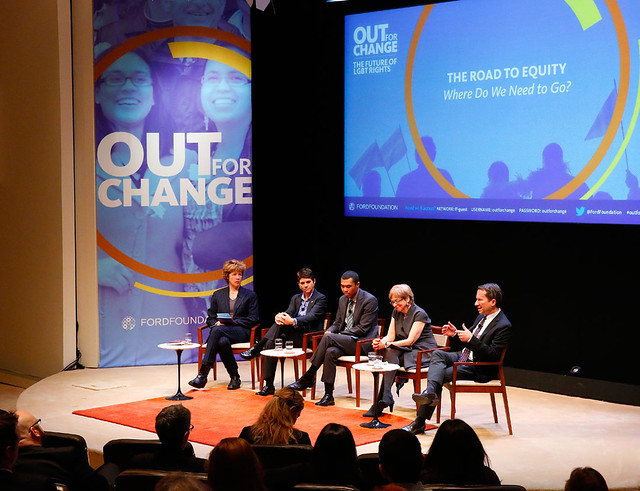